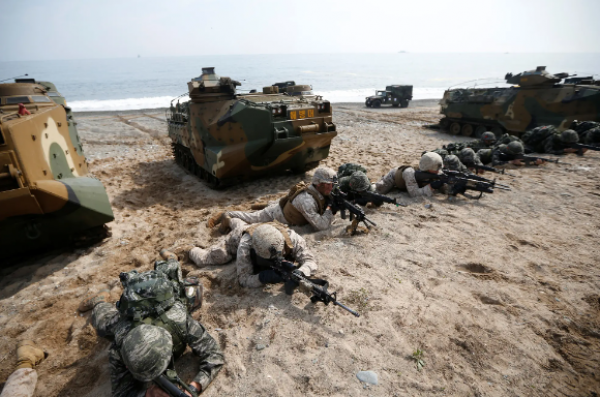 Seoul claims that on Monday, South Korea and the US began their biggest joint military exercises since last year. As its nuclear threats have increased, this will undoubtedly infuriate North Korea.

In order to defend South Korea from its nuclear-armed neighbour, Washington, Seoul's main security ally, has around 28,500 troops there.

The two nations have long engaged in joint drills, which they maintain are only defensiv....